Our Team The names and faces behind the Group

Get to know the people behind the 225Group. These are the folks who are developing our exciting plans and working to make our ambitions a reality. We're always on the lookout for new supporters, and if you have something you think you can bring to the team, please get in touch. 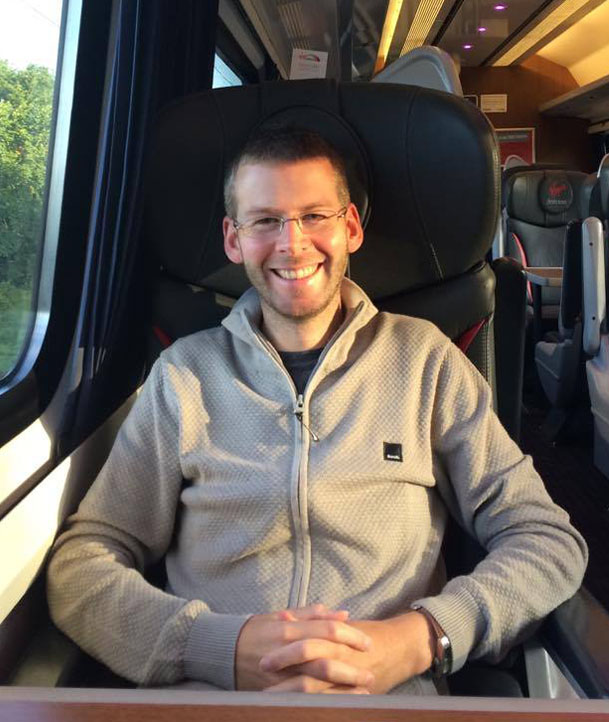 Chris is passionate about public transport and has a wide range of commercial, operational and consultancy experience in both the bus and railway industries. He cut his teeth with the TAS Partnership from 2001 and has been involved with the development of various transport networks as well as bids for the Thameslink, East Midlands and South West Trains rail franchises.

He has since held the positions of Business Development Manager for Go North East, Commercial & Network Manager for Arriva North East and Senior Transport Programme Officer for Northumberland County Council. In these roles, Chris has always commanded high standards and has continually delivered strong patronage and revenue growth in challenging markets. As a result, Chris is a well-respected individual in his field.

Chris’s various roles have allowed regular journeys between London, the North East and Scotland, and as a result he has had many years travelling on the InterCity 225.

To Chris, the InterCity 225 project revolutionised train travel on the ECML. The trains evoke memories of the highest levels of service quality (especially under Great North Eastern Railway, GNER) and deserve their place in ECML history.

Chris achieved a First Class Honours Degree in Transport and Logistics Management at the University of Huddersfield. He lives with his wife and two sons in Hartburn near Stockton-on-Tees. In his private time, Chris enjoys travelling and both playing and watching football. He was President of the United Bus Enthusiasts Group from June 2018 until April 2021. 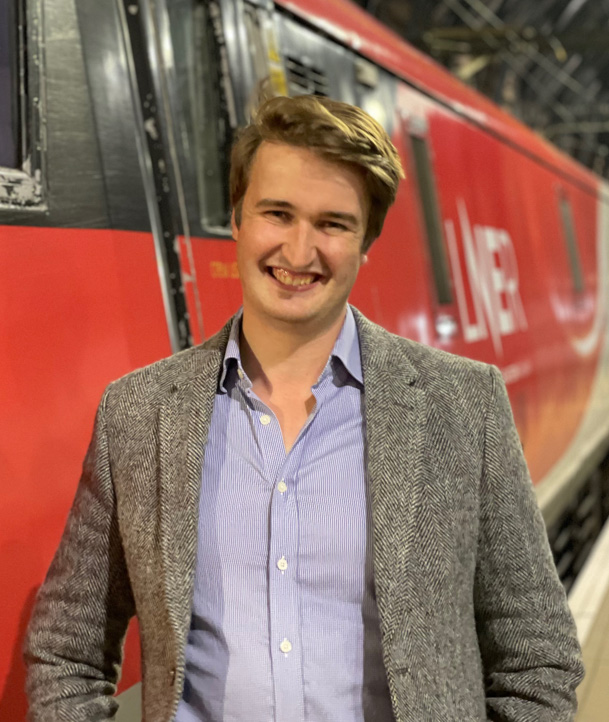 Being one of the youngest independent railway consultants in the UK, Ben has had numerous success’s including aiding D.A.T.S in the procurement and supply of new couplings and drawbars for the Midland Main Line Overhead Line Equipment testing train. He also had the honour of heading Network Rail’s ‘RDIS’ project as assistant project manager, in which he learnt a great deal from.

His love of the InterCity 225 came from spending years of travelling between Peterborough and Edinburgh from the age five onwards. This, understandably, is when the InterCity 225 sets left a profound impression on Ben’s life. Then again, coming from the sleepy branch lines of Suffolk, hearing the 6400hp of power draw in was always going to captivate the imagination of someone who once aspired to be the next Fred Dibnah. From then on, the rest was history. Ben founded the original Facebook group for class 91 images and information in 2012, which has gathered more than five thousand followers and has been a huge success.

Ben secured an academic scholarship to study Politics at the University of Glasgow. After completing his undergraduate degree with full honours, he is currently completing the Graduate Diploma in Law at City University, and is due to complete the BPTC in the next year.

In non-railway roles, Ben has worked in the House of Commons as a political advisor; in the course of this run several election campaigns. He is an officer at the Royal Naval Reserve Unit HMS President, where his leadership and public speaking has won both acclaim and award.

In his private passions, Ben plays the cello at a professional level, and restores classic Jaguar cars at his home in Suffolk. 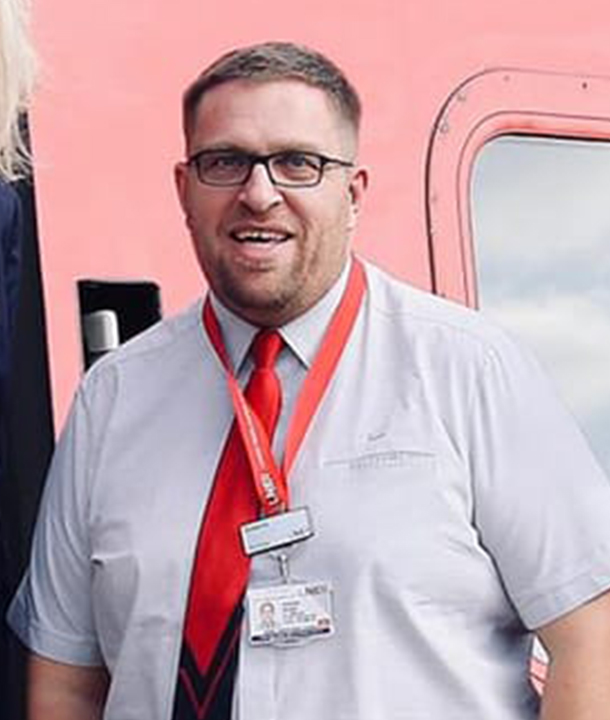 Graeme found his love of the railway whilst being a student at Hull University travelling from Doncaster and York to the North East on a regular basis. Little did he know how much the railway would impact his life after leaving university. He is a career railwayman having started on the iron road in June 1995 working for an employment agency answering phone calls for the London Waterloo Telephone Enquiry Bureau before being employed by GNER in 1997 at the then brand-new telephone sales centre in Newcastle.

He moved from there to become a Welcome Host at Newcastle station assisting customers before progressing to be a train dispatcher with operational responsibility.

In early 2001, Graeme became a guard for GNER, then called ‘Customer Operations Leader’. He immediately found his feet in a truly operational role that he loved. It was like he had found his role. Working on board trains day in, day out. Covering the whole of the East Coast Main Line from Edinburgh to London and the extension to Glasgow and numerous diversionary routes including the Durham Coast, Stilllington and Picton branches, Askern branch, York to Leeds, the GN/GE Joint Line from Doncaster to Peterborough via Lincoln and the Hertford Branch. He continued in the role through the franchise changes of National Express East Coast and East Coast.

In 2010, he was appointed as part of the station management team at London King’s Cross Station. His remit included operational competence of all train dispatchers and relationship building with external stakeholders like Network Rail and British Transport Police.

In 2015, Graeme returned back ‘on the tools’ to be a Train Manager for Virgin Trains East Coast – a role that he continues to do and absolutely excels in. He has gained notoriety for his outstanding levels of customer experience and quirky announcements all designed to leave customers with a lasting impression of the LNER brand. He is a dedicated brand advocate of not only the LNER but also the entire rail network.

In his spare time, for his sins, Graeme is a season ticket holder at Sunderland AFC. He is a fan of Castleford Tigers Rugby League. He is a keen amateur photographer and terrible golfer. He is also a keen flightsimmer. 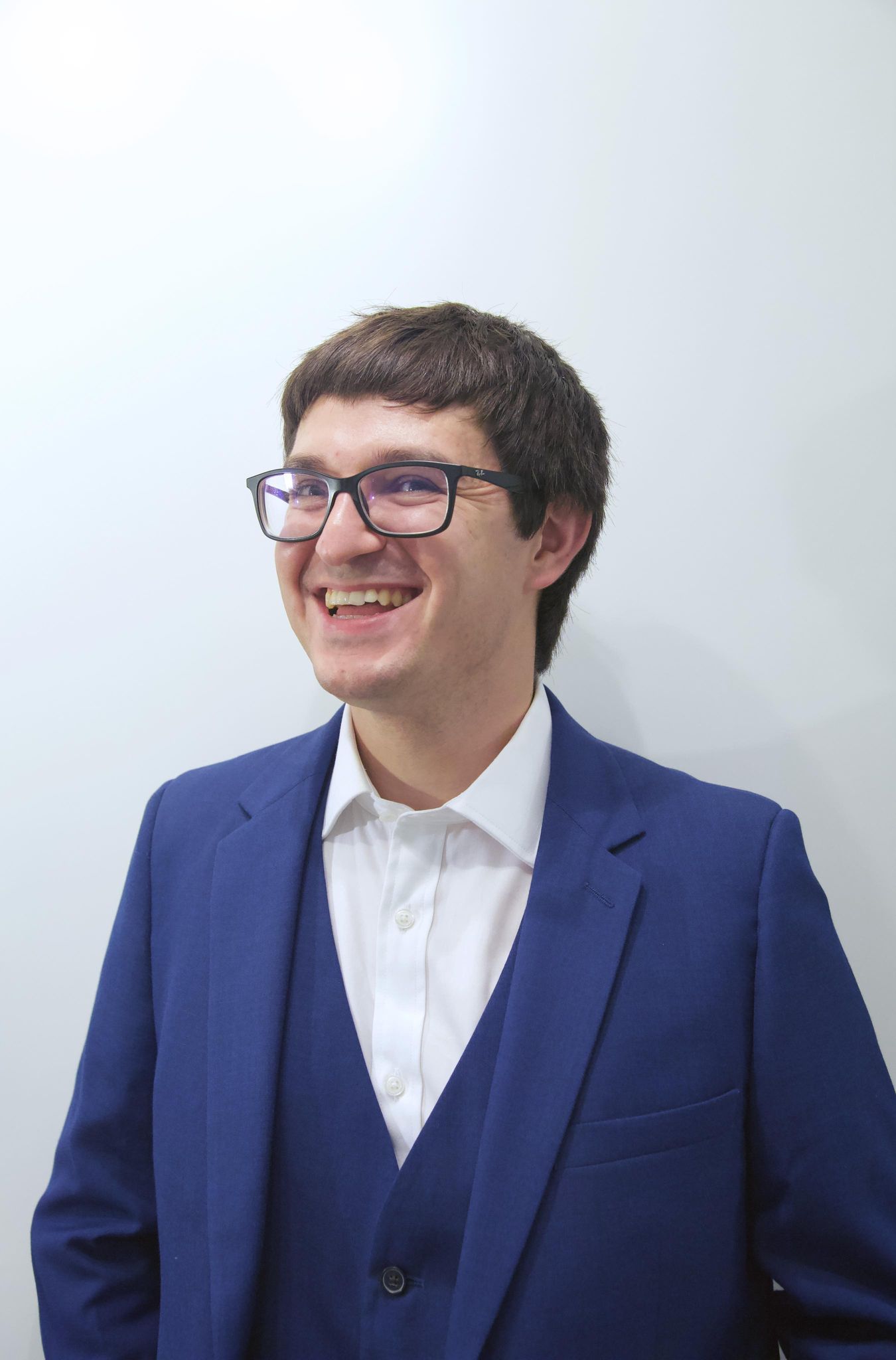 Working for the railway press as a News & Features Writer for Platform 5 Publishing’s Today's Railways UK magazine, covering everything from the heritage sector to light rail, railtours, stock news and developments around the national network, Ian has an extensive knowledge of the rail industry and through his contacts will endeavour to bring us all the latest news on the 225 fleets. Through volunteering at Barrow Hill Roundhouse Railway Centre, he also brings to the group over ten years’ experience in railway preservation, including rolling stock restoration and the organisation and management of events, and as a life-long railway enthusiast has a sizeable photographic collection.

It is from his photography, often of earlier generations of East Coast motive power at work on charter trains, that an interest in the class 91s and Mark 4s developed. Living in Sheffield, he is fortunate enough to be based only a relatively short distance away from the East Coast Mainline and can often be found at the lineside with camera in hand. His proximity also to the Midland Main Line meant that many trips to London were made via this route, but he has fond memories of travelling aboard the 225s from Doncaster to Edinburgh and Glasgow during the GNER era in particular. 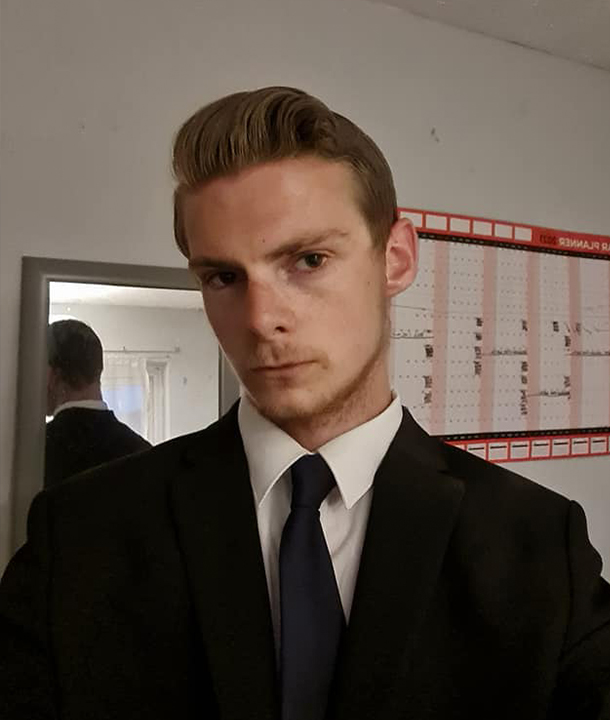 Having a passion for railways from a young age, Will was very keen to come on board and join the 225Group in 2021. Will already has several other railway preservation endeavours under his hat including volunteering at the Epping Ongar Railway, and expertise in recreating the original British Rail mark 3 coaching stock design.

With qualifications in Business Administration and Marketing, Will is able to easily sector markets and prepare information to allow the 225Group team to focus efforts more efficiently into target audiences.

From a young age, Will was a young carer. The responsibility he has already carried is unrivalled, leading him to many public-facing roles, gaining extensive experience in both customer service and business management.

Will has jumped to every task with enthusiasm and alacrity in support of the project; his energy and insight into younger enthusiasts as a target audience makes him an invaluable member of the team, and he performs a vital administrative role for the 225Group.

It could be you!

As a brand new organisation, we're on the look out for enthusiatic and passionate people to join our team. If you're interested in joining us, head over to our contact page and get in touch - be sure to let us know any relevant experience or qualifications, and what you feel you could bring to the team.

As of June 2021, we're particularly keen to hear from anybody with engineering experience - especially if it's with the InterCity 225 fleet - with a view to joining our team as Engineering Director. Prospective candidates should get in touch with the Director team to find out more about the role.

With the forthcoming launch of our membership scheme, we're also looking for individuals to assist with the management and running of this, particularly with regards to our regular members' magazine and the administration of the membership database. No prior experience is necessary, although you should have a good grasp of the Microsoft Office suite of programs, and good personal organisation skills. Again, please get in touch with the Director team for further information.

The 225Group would like to thank everyone who has contributed to making the Group a success. This includes all 5,000+ members of the Facebook group, which started out as the Class 91 Appreciation & Photography Society.

We would like to thank Arturs Dobrecovs for our logo and brand identity and Patrick Jenkins for his assistance with historical diagram and allocation information.